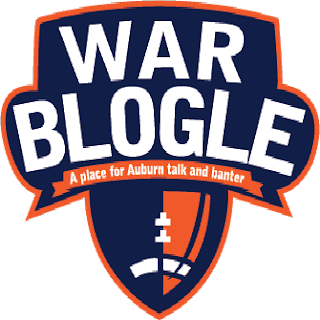 You either love him or you love him. Its one or the other. WarBlogle.com is arguably (ahem) the best Auburn blog on the net and I decided to interview the brains behind the operation and gather his thoughts on the 2011 season.

Earlier in the year, the Blogle also interviewed me about my fan-hood of the Auburn Tigers. If you want to see that go here.

So after asking him just a few questions (Yes it is a short interview) about the upcoming season, here are some of the interesting responses I got.

1. Considering what Auburn lost and what still remains, do you expect Auburn to still be challenging for the SEC West?

If I didn't, how could I call myself a fan? Why should I even go to the games? I think Auburn can compete every year. There is never a year where Auburn or Auburn fans should look at their schedule and think "well we really don't have a chance this year". That's what Vanderbilt does.

As we saw last year, and pretty much every year, what is usually expected in sports does not happen. I say this all day, every day, but as long as Gus Malzahn is at Auburn, they will be more than fine. Nothing against Chris Todd, but Auburn broke records with him at quarterback and although Cam, Nick and tons of seniors left this year, there is more talent on this team as a whole, and especially more than 2009. That is the same team that won 8 games, with almost the same road schedule as this season.

2. What are your main concerns with Auburn this season?

Linebacker is probably the biggest concern for me. Auburn is losing some major leadership with the departure of Josh Bynes, so Jake Holland is going to have to grow quickly and hold down the middle. The offensive line is going to take some time to gel, but the 1-2 punch of Dyer and McCalebb within Malzahn's system should make that a little easier than most expect.

3. Which freshman do you think will make the biggest impact in 2011?

I'm going to go with Quan Bray. He seems to be the biggest playmaker of the bunch and has earned high praises from the coaches already. Another guy who we'll probably see starting by the end of the season is Angelo Blackson. He came to camp already looking the part and appears poised for a great career.

I think Quindarius Carr will surprise some people this year. Most fans only know him as the punt returner who fumbled in the Iron Bowl and struggled to get any yards when he did get the punt, but as a receiver, when he's played, he's made some big deep catches. Most of the receivers that play or have played with him rave about his skill level, and now with Kodi, Darvin and T-Zac out from in front of him in the depth chart, he'll have more of a chance to shine.

At least eight. Auburn has more talent and almost the same road schedule as the 2009 team that finished with eight wins. I will be disappointed with seven or less.

6. Let's play word association. Tell me the first thing that pops into your head for the following words.

When i see you at the Iron Bowl this year. Make it bloody happen, chap.

I'd love nothing more than to make the Iron Bowl this November thats for sure.

Thanks to the Blogle for taking time out from his various trips to Los Angeles and everywhere else and doing this. As far as football blogs go I definitely think this man has the best Auburn blog on the net! Hopefully we see the Tigers wear blue helmets this year in honor of the WarBlogle! (Ok I'm just kidding). 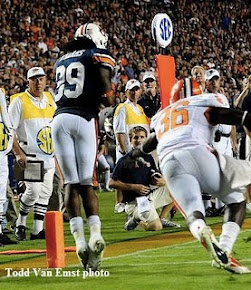 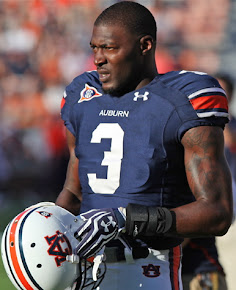 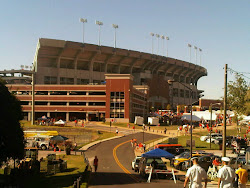 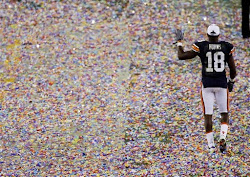